Six years ago this week, the Church held a World Meeting of Families in Philadelphia and Pope Francis was coming to town. Me and my seminarian buddies wanted to go, but we thought simply flying out would be lame. So we asked our Blessed Mother for an old school bus and She provided. 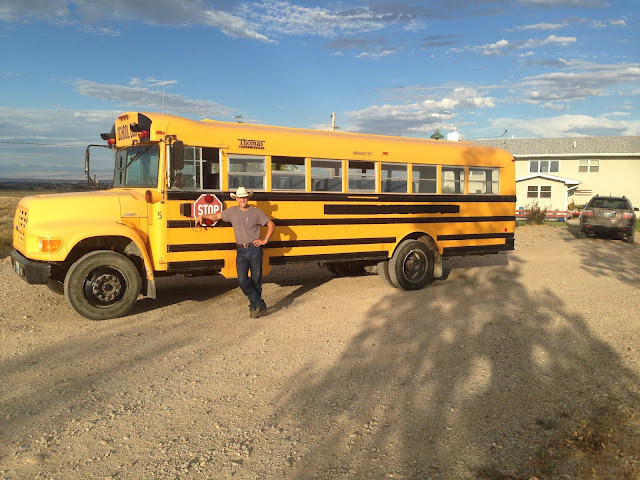 It was on this project that I really began to understand the thirst of desire. We had planned in the spring to go the bus route, but by fall we had no bus. I would have gladly given up on the effort, but the desire in my heart wouldn't let me. It was so subtle, yet so demanding. I looked and looked for the right bus, but to no avail. One day, two days before I headed back to seminary, I was driving down South Flat in Worland and spotted a bus at a distance sitting beside a guy's shop. I thought what the heck and drove in there. Sitting in the weeds was our bus. I knew it from the moment I saw it. The only thing left to do was convince the owner to sell it to us. Our Blessed Mother and the Rosary took care of that. 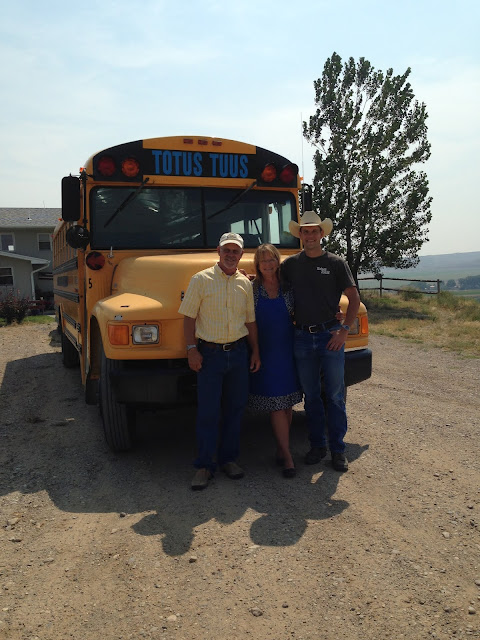 And so we named it after Her. 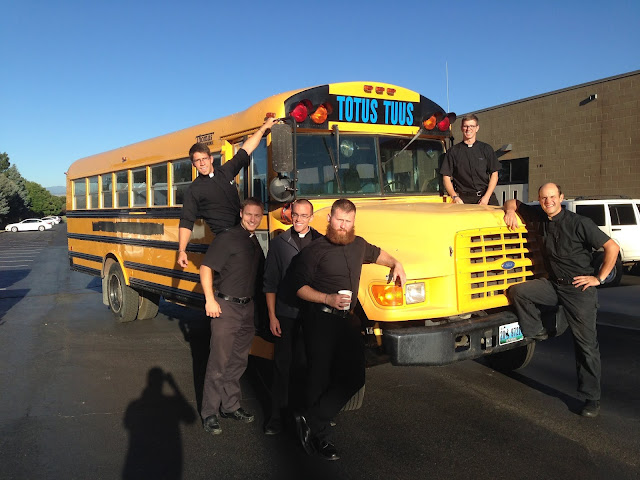 My boys were quite happy when I showed up that fall with our ticket to Philly. 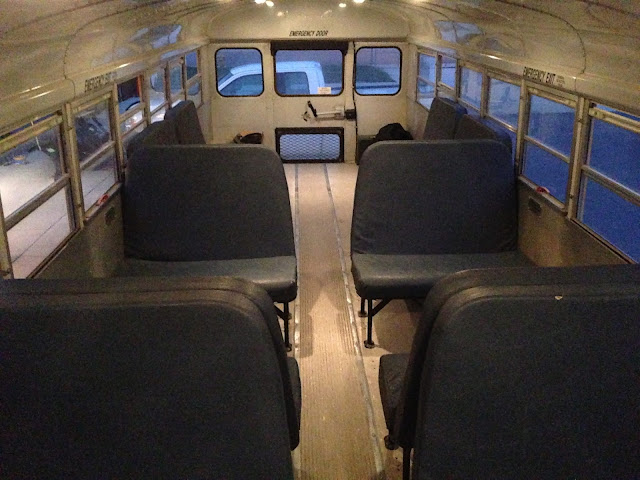 The first thing we did was rearrange the seats. 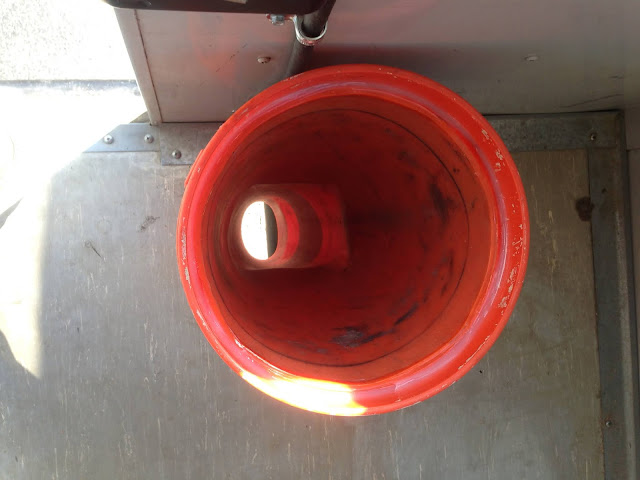 We figured a drain in the back corner would be handy too. 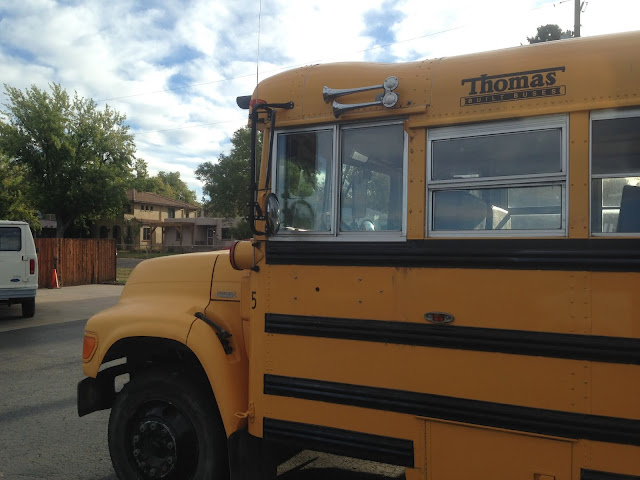 Of course you can't road a school bus to Philly without an air horn. My brother Luke came through with one off his feed truck. 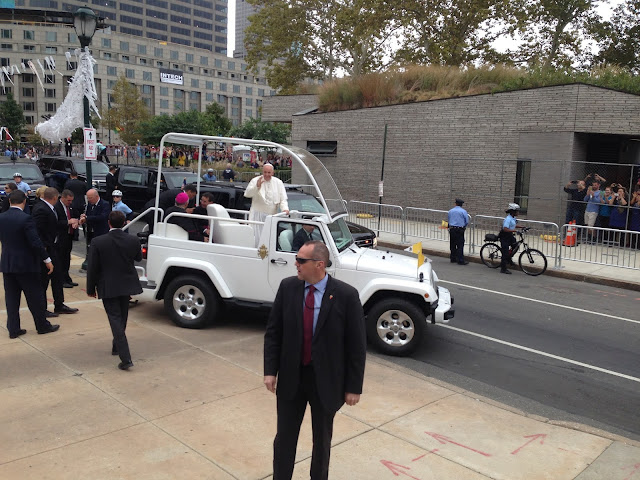 Mission accomplished. It took about 40 hours, day and night, to get from Denver to Philadelphia. We only had one causality, one bro flew home. 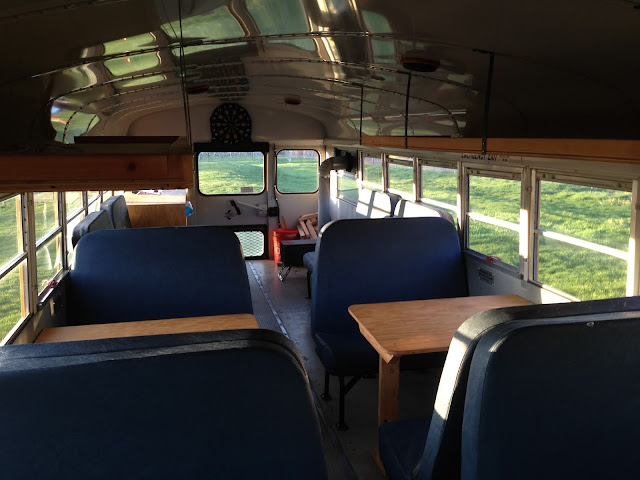 Once back at school we used to pull it in the court yard and use it as a hangout. We'd play cards and chill and once it got cold we stuck a wood stove in the corner to knock the edge off. 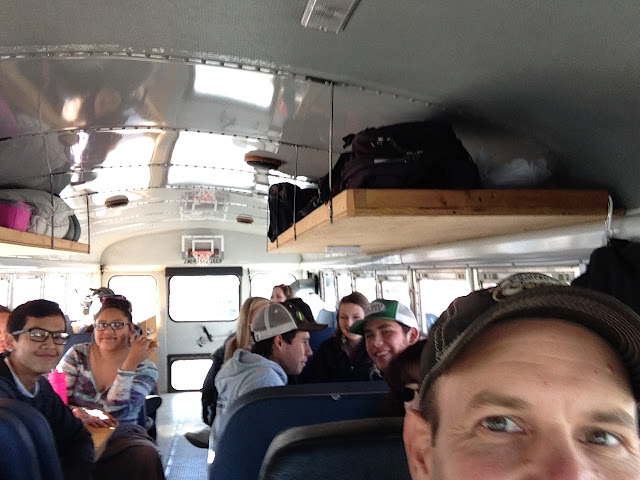 After seminary, she continued to follow me around. We used it at St. Stephens Indian Mission for trips here and there. 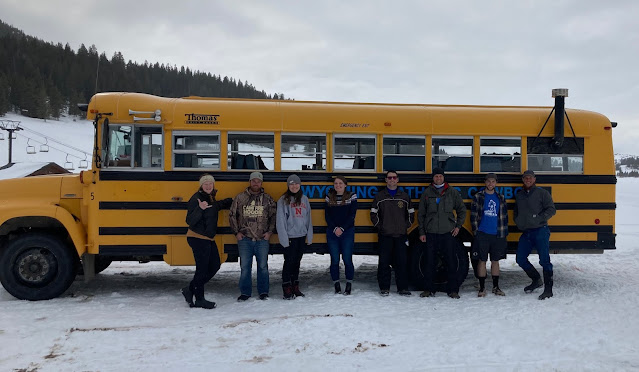 I brought her to Gillette and rocked it a time or two. 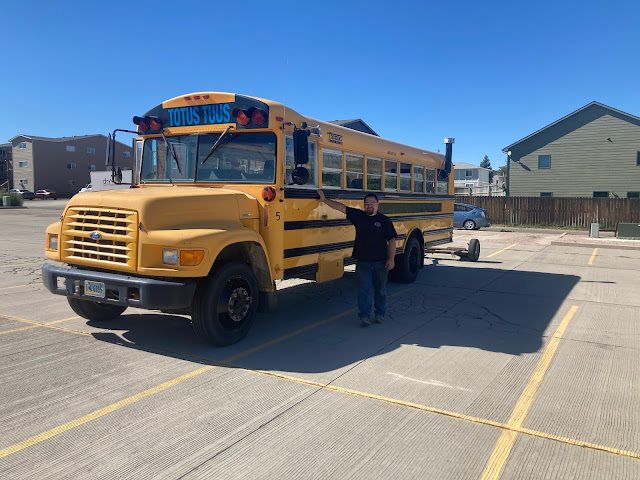 But eventually it was time to pass her on. Using it once a year didn't justify the expense of keeping her operational. Andy from NE is now her new owner. Take care of her son. 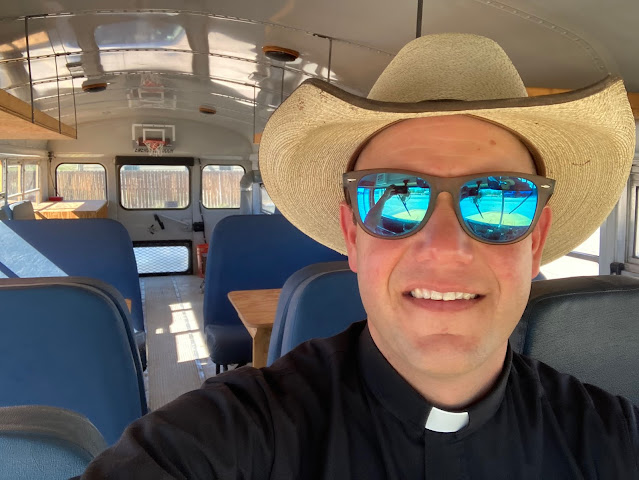 Nothing but gratitude.
It's been a fun ride with old yeller. But life's about letting go. Our Blessed Mother proved a generous distributer of God’s graces during this project. Though I'm letting go of the bus, I'm maintaining a dependance upon Her. Totus Tuus Virgo Maria! 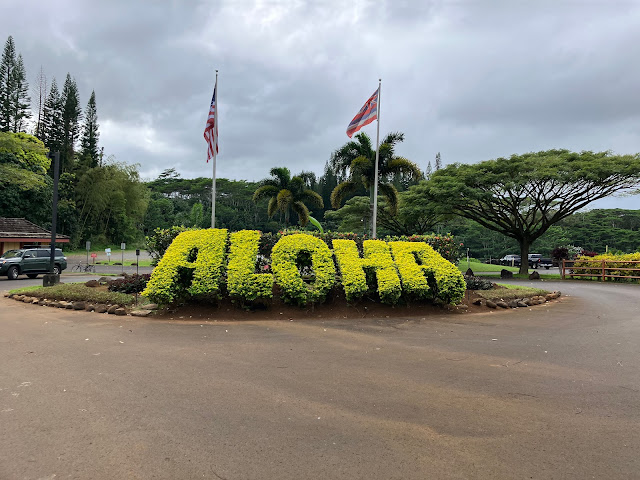