The best thing for the inside of a man is the outside of a horse. I've experienced this more than once in my life, but this time was unique. A horse not only brought out the best in me, but I also helped bring out the best in her. Relationship with creation is a marvelous gift the Lord has given us. However, it comes with great responsibility. Nothing speaks of that more than starting a colt. 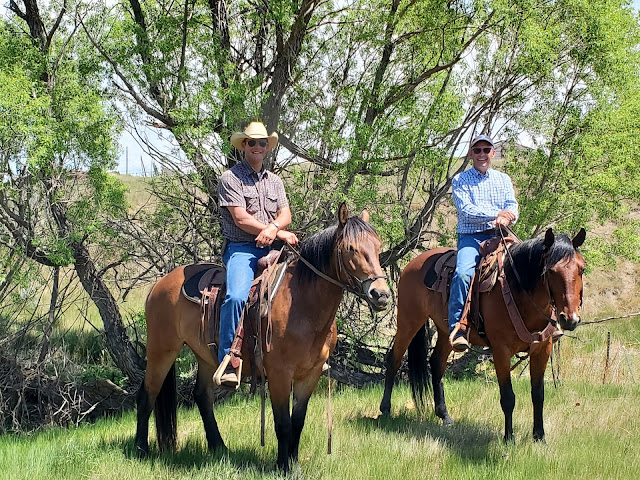 There's no such thing as a self made man. We all learn from someone. My hat goes off to Paul Casey. Without him, Mollie would be a perpetual colt. In the beginning I asked him to teach me to teach her. That's exactly what he did. You're a natural teacher Paul. But more than that, you're a hand. 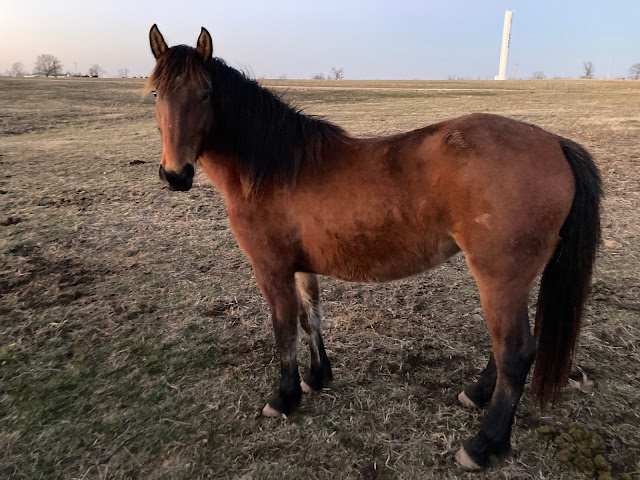 Mollie was donated to my cousin Riley Olson's horse program from Merck Animal Health, who used her for one of their case studies. Once Riley got her, along with several other colts, they had the mares spayed. This is not common to do on horses because of the expense and risk, but it sure makes for steady horse in the end. 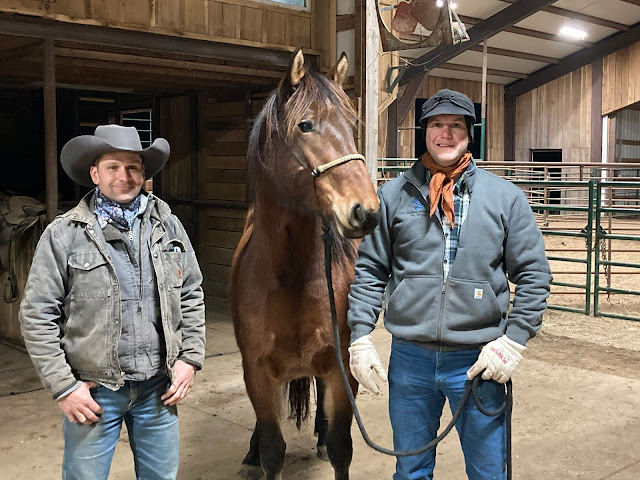 Riley must have had a special insight from the Lord to give her to me. For quite some time I had been desiring a second horse but didn't even know where to start looking. I've found in life that it's better to just let the Lord fulfill your desire. He knows what we need far better than we do. In thanksgiving for such a great gift I named her after our great-grandmother Mollie Womboldt. I like the name and think it fits, even though Paul says Mollie is for mules.
Our first order of business was to get her to hook on. The entire program for training horses these days is for them to trust you. They are a prey animal and initially think that you are trying to attack them. But they are also a herd animal and are happy to follow someone they can trust. The round pen is ideal to help them learn that you are not out to hurt them. It also teaches them that the authority you exert is worth following. What was so neat in working with Paul is that he takes the mystery out of horse training and turns it into a science. Hooking on is not a magical moment, but an essential stage in training where the horse makes the choice to follow you. 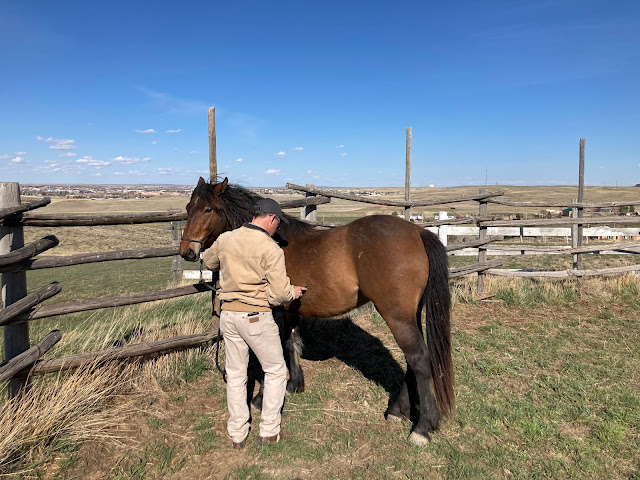 Pressure and release. This is key to horsemanship and is the basic mode of operation for the rest of the horse's life. At the very beginning we taught her to move off of pressure. Once she learned this method of communication we just reapplied it to different scenarios. After she learned to learn we gained leaps and bounds. 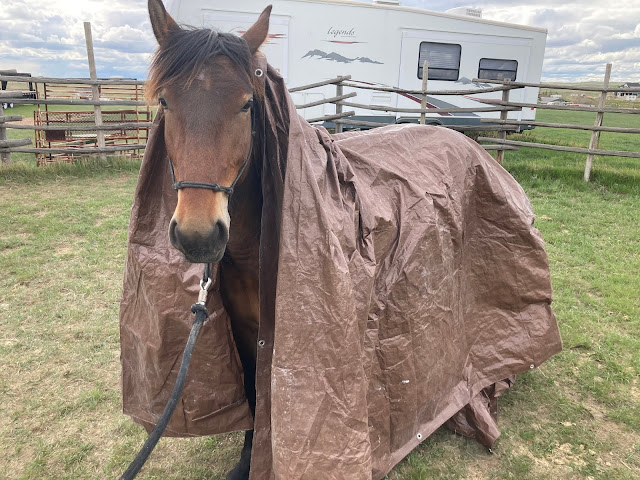 Sacking out. Sensitizing and Desensitizing. The idea of the tarp and other scary objects are to teach a horse that they don't have to fear things when you are around. This takes time and patience, but your efforts will determine whether the branding pen turns into a rodeo arena or not. 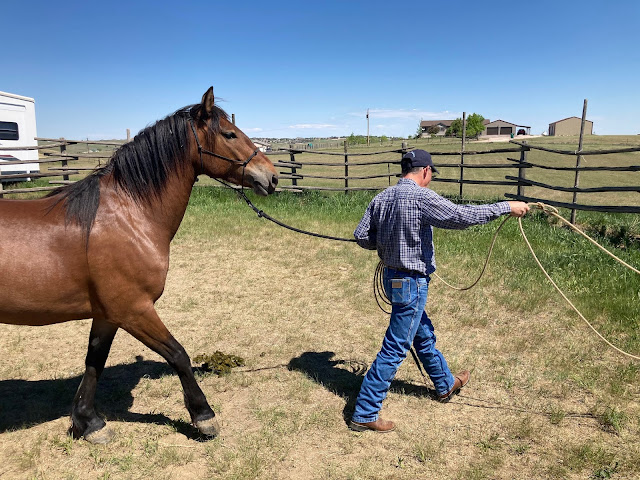 Whether it's a tarp or rope the concept is to put yourself in between her and the scary object. Once she learns that if dad can handle it than she can too, then you can throw it all over her. That being said, we also sensitized her to the rope and other objects so that she knows they can mean to move as well. The difference lies in our intentionality. Horses understand our body language super well. 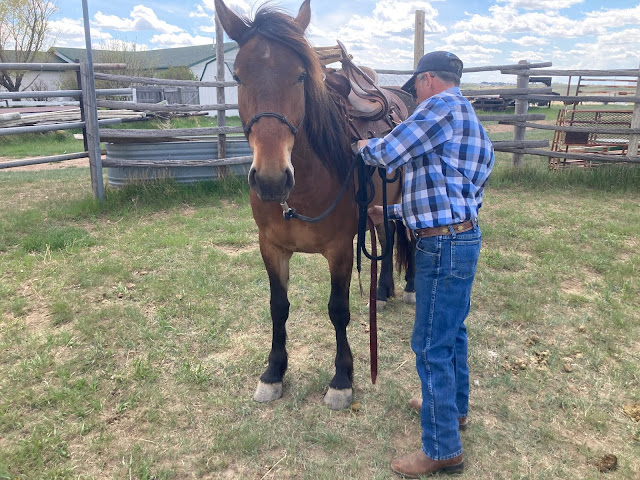 Whoa means whoa. Not slow down, but stop. We were insistent on her standing still as we threw ropes and the like all over her. Because of this ground work, the saddle was a natural next step. When we got there, she stood like a rock. 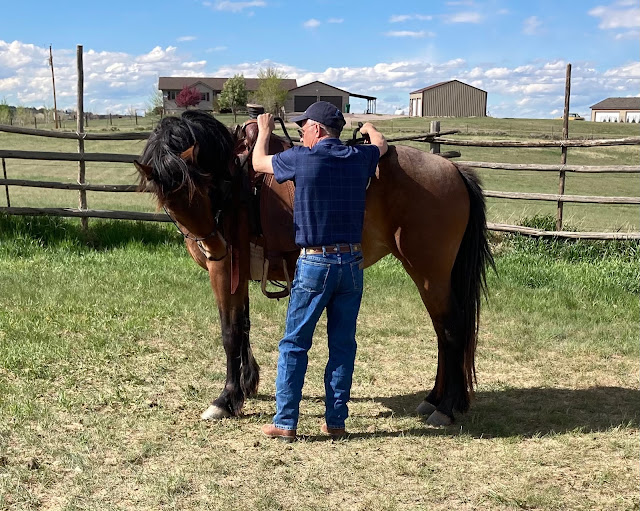 Bending and sending. The goal is a soft horse. Not a wimpy horse, but one that will move effortlessly off the slightest command. To get there you bend and send them in various ways. A soft neck is always nice, but especially when you climb in the saddle for the first time. It's your only brake.

The first ride came in time. Initially we simple got on her and called it a day. The next time we took a step with her and broke her in the hind quarters. Finally we circled the pen. Clucking and kissing are the other verbal commands we used with her. They always mean move your feet in one way or another. 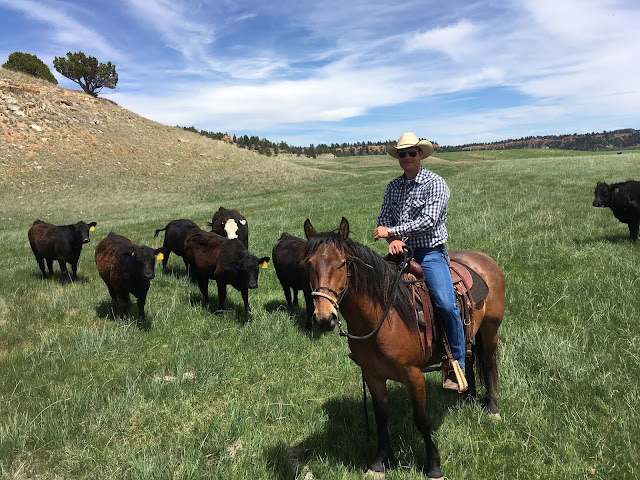 I had ponied her behind Chief on several occasions to get her used to different terrain and various other creatures. But eventually Dad and I took her out by herself. Though she did buck a time or two, it was never to get me off her back, but just out of common fear. Thankfully, my bronc experience from last year taught me to stick her. 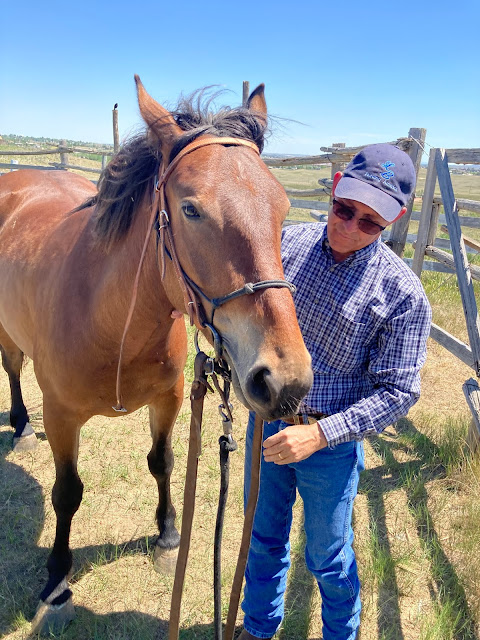 As she got the basic concepts down we were able to lead her into more mature equipment, like a bridle and bit. Simply introduce it, let her wrestle with it, and once she accepts it, let the pressure go. Eventually carrying a bit will be old hat. 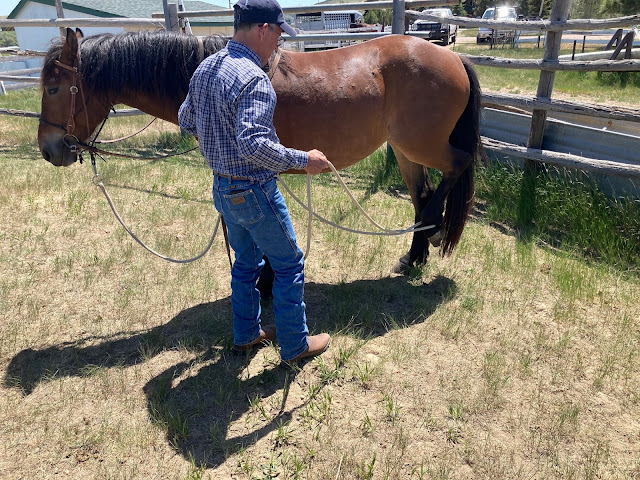 Feet on a horse are their most dangerous weapon, but also need the most care. We took great pains to make sure we could pick her feet up safely. Again, pressure and release. Once she gives effortlessly and stops struggling against the rope, set it down. 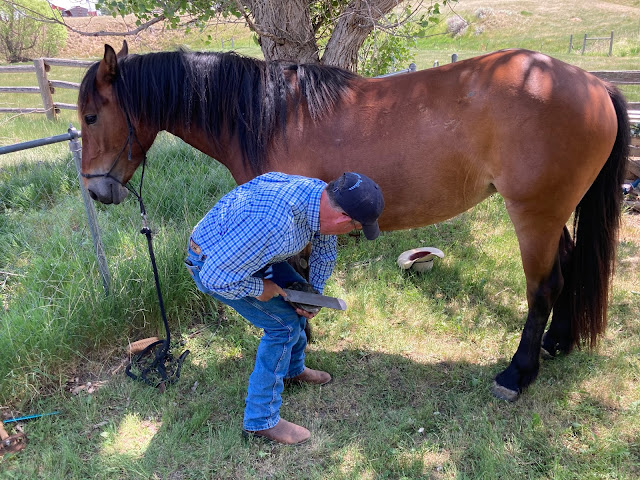 She was definitely due for a trimming so we took our time and made it a good experience and not something to be dreaded. The idea is not to get into a fist fight with a horse’s feet. If she wants her foot back, give it to her. But only after she quits struggling and it's your decision. 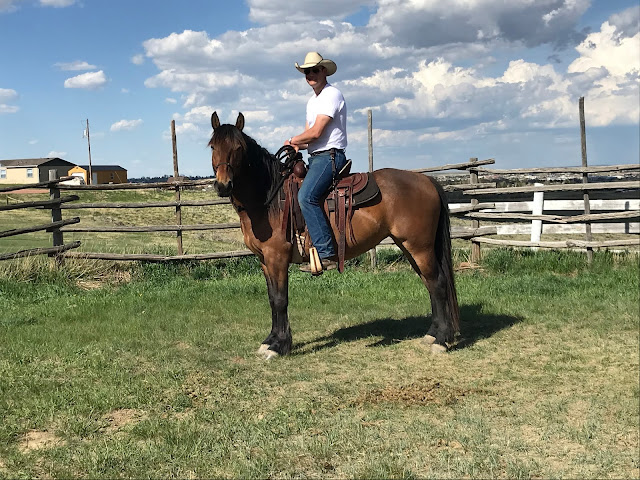 Mollie is no longer a study colt, but a cowboy's horse. It's time to go to work. Though a horse is never finished, we definitely have a good start on her. From here on out it will be mostly on the job training.
My heart is filled with gratitude for the Lord's generosity. But not only for His, Riley and Paul's also. I admire these men and am inspired by how they use the gifts that God has given them to build up His Kingdom and serve their fellow man. The world needs more men like these. But the world also needs more cowboys. The horse/rider relationship is translatable into all aspects of life, but especially our relationship with God. It's not about fear, but trust. He's not out to get us, but to help us become fully the men and women He has created us to be. To get there, all we need to do is surrender our wills and follow Him. That's when life gets fun and we are able to ride prosperously.

Tear Down in Order to Build Up

With the pivot sprinkler in its permanent place it was time to tackle the corrals. But before we can build new ones we had to tear down the ... 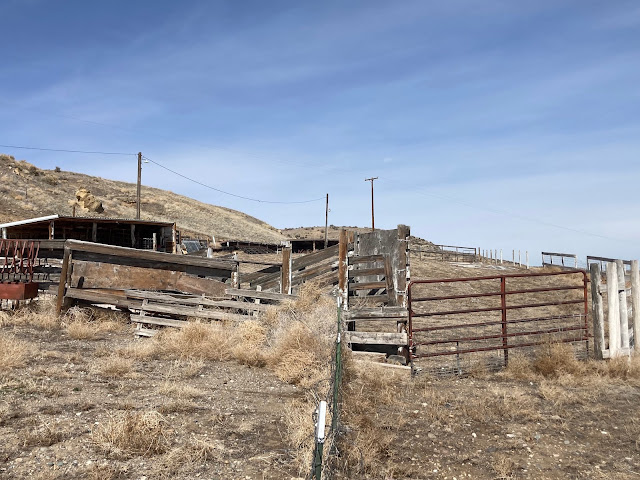