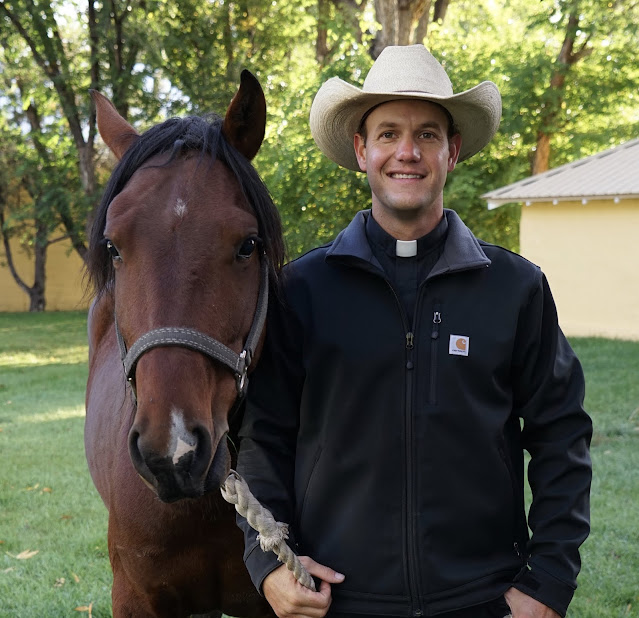 I've joked that Chief is part angel. That's kind of cute, but mostly true. See, he is a straight gift from God. Here's how it went down. In the summer of 2016 I found myself at St. Stephens Mission on the Wind River Indian Reservation trying to figure out my life. For the past eight years I had been a seminarian and deacon for the Diocese of Helena MT, but for a long time my heart had longed to come back home to Wyoming. I had knocked on those doors in pervious years but they weren't open at that time. But come the end of seminary, I was in no place to get ordained a priest so I hunkered down with my buddy Fr. Andrew Kinstetter at St. Stephens.
My heart was divided. I longed to be home but felt a tremendous obligation to Montana. Bishop Paul Etienne, bishop of Cheyenne at the time, made it known to me that I was welcome here, but that wasn't enough. One day, when I first settled in to St. Stephens for a couple week retreat, I was out roping my shovel handle, drinking a Coors Light and listening to George Straight when the neighbor Ron Mamot flagged me down. He asked if I'd rope a colt of his so he could halter it. I did and then he showed me this wild bay he had captured.
This horse, he explained, had just come running in out of nowhere. He was untouchable and was getting into fights with other studs. Ron had finally coaxed him into a round pen but didn't know what to do with him from there. There was no brand on him and no one was looking for a lost horse. On the Rez, stray horses were not uncommon. So Ron explained that he would like to get a halter on him, get him cut, and find him a home. After one look at him, I knew exactly where he belonged, with me.
It's so cool how God gives us early desires and later fulfills them. During my final years of seminary I thought many times how good that would be to have a horse I could run around with as a priest. Little did I know that desire would soon be fulfilled. So I took this wild bay on and named him Chief. As I did, my heart came back to focus. God was indeed calling me home to this cowboy country and He proved it through Chief. The rest is history. Once I had him saddled, the two of us never looked back. 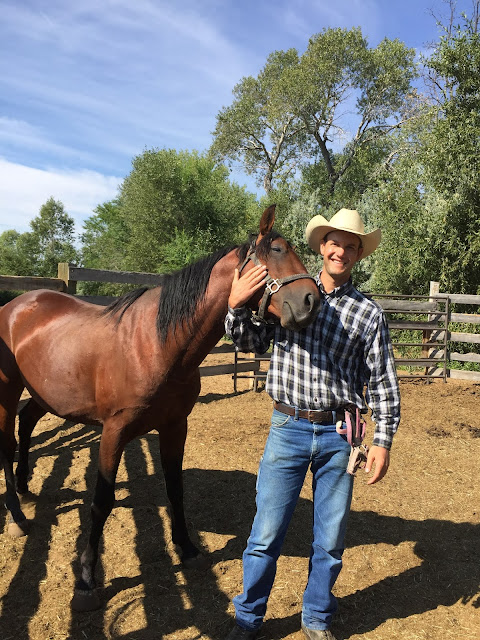 We were buddies from the beginning. After we roped him and got a halter on him, he was ours. We did cut him, but later discovered that he had bread one of the mares and fathered a little filly. 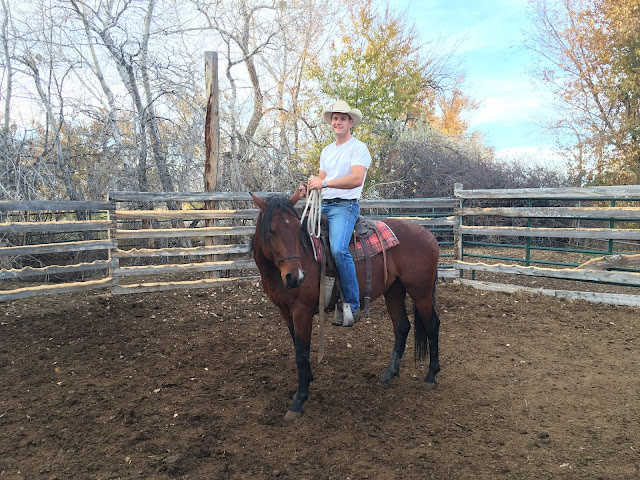 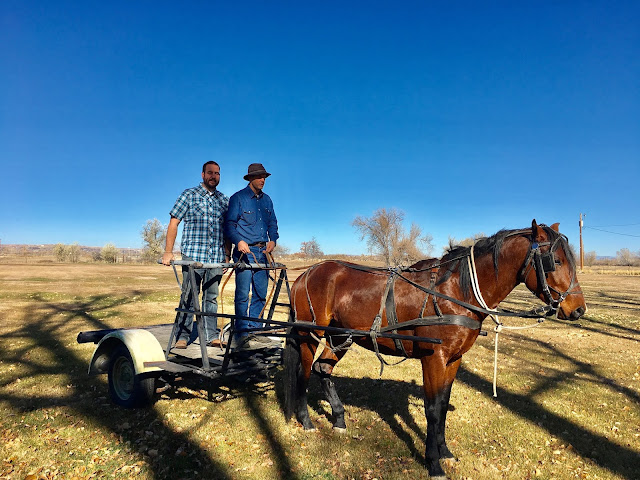 Once we saw his potential, Fr. Andrew and I had a plan: break him to pull a sleigh for St. Stephens feast day Dec. 26. Chief was always down with whatever. 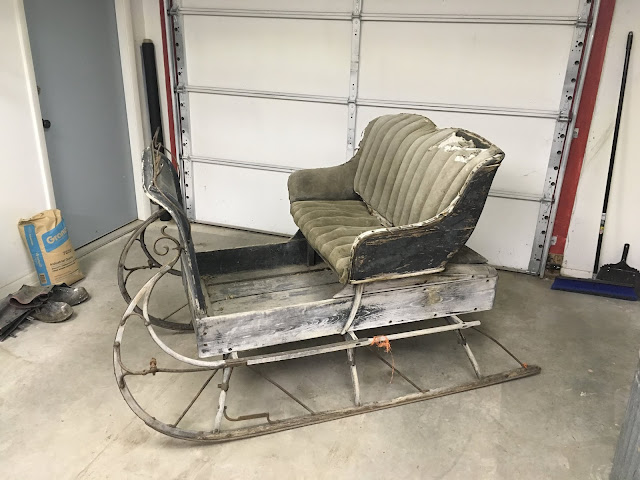 Providentially we had found a sleigh for sale in town and fixed it up. 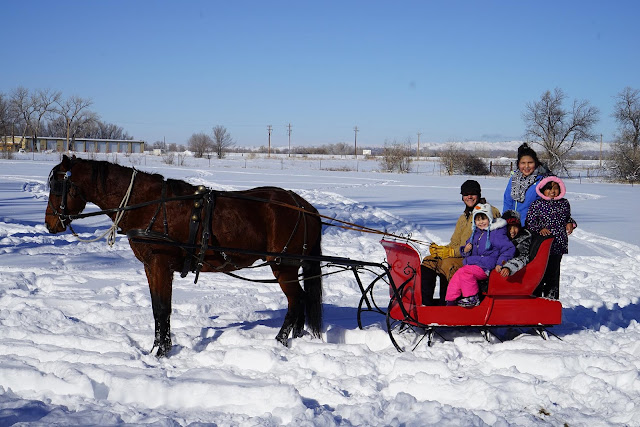 The big day came and went without a hitch. From the get go Chief has always liked kids. After the conclusion of this mission we actually discovered Chief's linage. Ron was flipping through his annual of horses one night and stumbled upon a picture of a new born foal and a lightbulb went on. He remembered that as a yearling this colt had gotten on the other side of the fence and he couldn't get him back. The foal was a bay, and upon closer look, he had the same facial markings as Chief. It was him! He was home after three years of running free. The funny thing is, all of Ron's horses are Appaloosas, full of color. Chief is a rarity, a solid bay Appy. We know his parents and the day he was born. Now no more wondering whose he was, he was ours from the beginning. 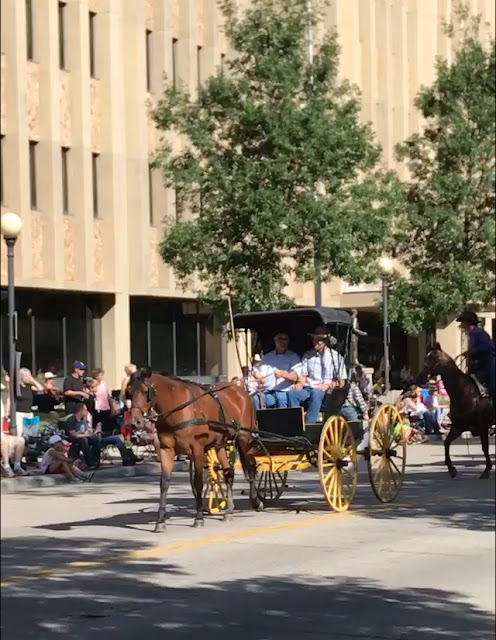 While we had him broke to drive, Dad and I hauled him down to Cheyenne to pull our buggy in the Frontier Day's parade. The buggy has linage back to the 4th Governor of Wyoming, Richards. So we got to ride right behind Governor Mead. 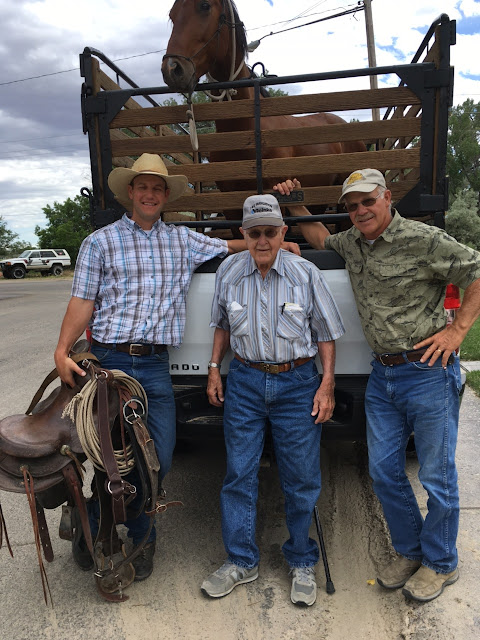 The fun was over, it was time to put him to work. My late grandpa Lloyd, in the middle, gave me his old stock racks to haul him around in. It didn't take Chief long to take to it. The saddle in my hand was my great-grandpa Adam's. It was actually through him that Chief got his name. Grandpa Adam had a horse named Chief and every time he hollered "Come Chief" all the other horses would come running in with him. Even after the first Chief was gone, we all still called the horses in by yelling "Come Chief." Chief was just a fitting handle in many ways. 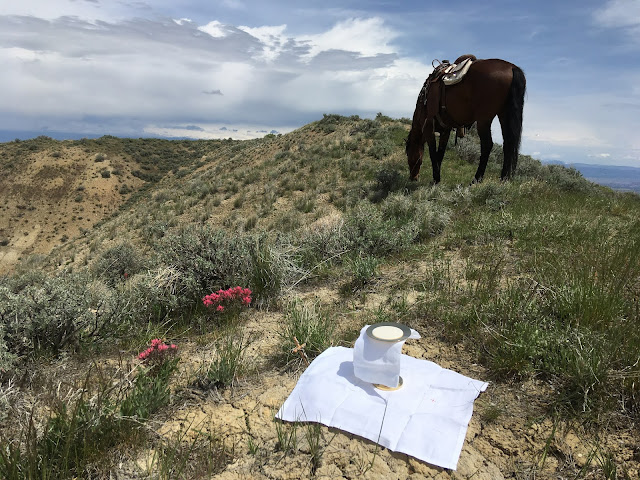 After eventually being ordained a priest for the Diocese of Cheyenne, we went on many excursions together and gave thanks to God. Life always looks better on horse back. 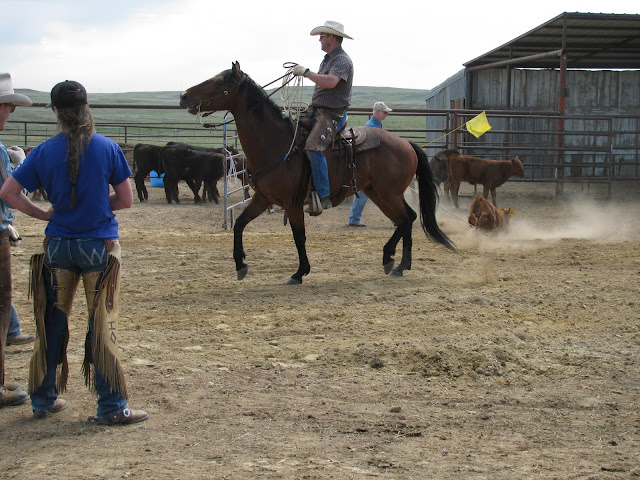 He evened turned a little cowy. 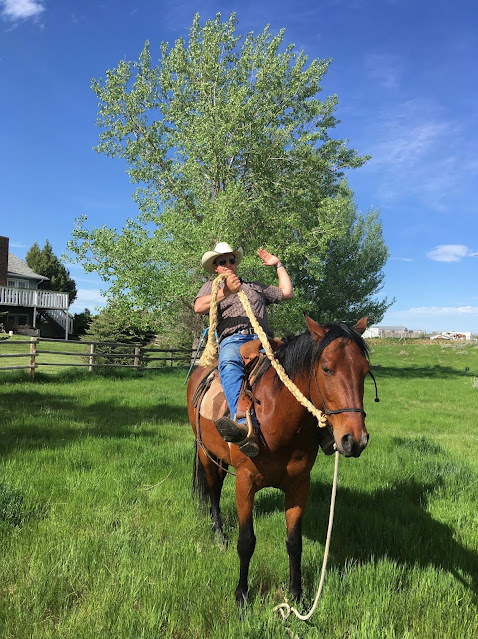 Chief also taught me how to ride broncs. 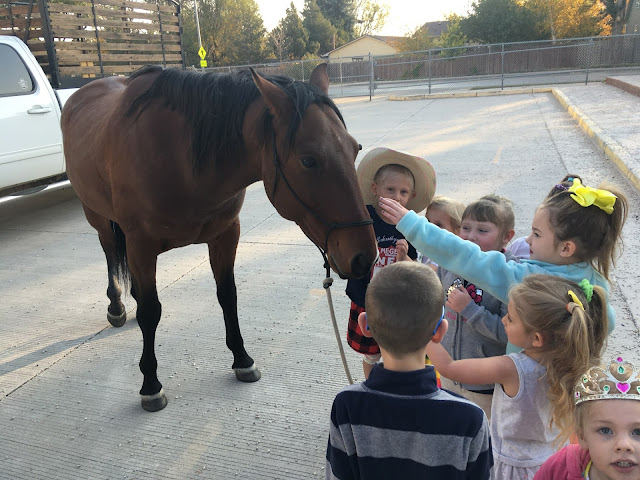 Even today he still loves kids and they love him. 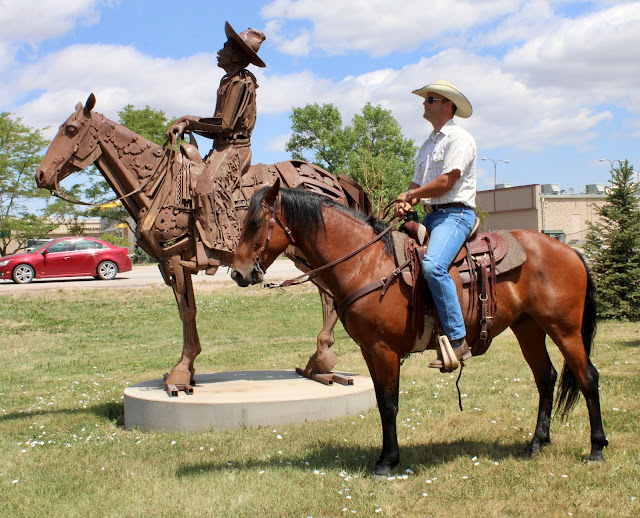 There's an old saying that "the best thing for the inside of a man is the outside of a horse." I can testify to the truth of this. Chief has been one of the biggest blessings in my life. I hold on to him loosely though. He's a gift. He freely came, and someday he'll freely go. Until then, I thank God for every day we're together and I use him to his full potential. He's eight now, and I'm confident that we have many more miles in the saddle together. There's no use sitting around though, we're on to the next one!
at October 11, 2020

Once a year the Diocese of Cheyenne's presbyterate gathers for a 5 day retreat. This year it was at Terra Sancta (Holy Ground) retreat c... 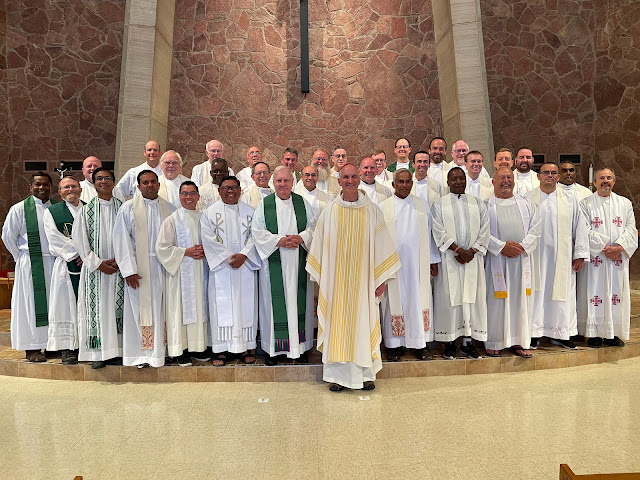